Beef…What is the Danger Zone?

In today’s fast paced lifestyle, it is easy to take shortcuts to make our lives easier. It saves us time and energy that can be focused elsewhere. The one place you shouldn’t take shortcuts is with food safety.

Consuming raw or uncooked meat puts you and your family at risk for food borne illness. The USDA has four guidelines for consumers to keep food safe in all steps of preparation: clean, separate, cook, and chill.

When working with any raw meat product, it is important to wash your hands and food preparation surfaces often. By keeping surfaces clean, you reduce the risk of bacteria growth. This can also reduce the risk of cross contamination between raw and cooked food.

To help prevent cross contamination, keep raw meat away from cooked meat and other foods. This applies in both preparation and storage. Never use the same utensils, cutting boards, or other cooking materials for raw and cooked meat products without washing them in between uses. Also, raw meat should be stored at the lowest point level in the refrigerator. Not only is this the coolest part of the fridge, which allows for the meat to stay at a safe temperature to limit bacterial growth, but it also prevents the potential of liquids from the raw meat contaminating other foods via possible dripping or spills.

All meat products should be cooked to the minimum safe internal temperature before consumption. Ground meat and whole cuts (i.e., sirloin steak, ribeye, T-bone etc.) have different internal temperature requirements. Whole cuts are biologically sterile on the inside, due to the inside of the meat not having access to outside contaminants or the air, and therefore do not have to be cooked to temperatures as high as ground meat. On the other hand, ground meat, during grinding the outside of the meat cuts and the inside of the meat cuts get mixed together, thus allowing for the potential of pathogens to found throughout the hamburger and as a result requires a higher cooking temperature to ensure food safety. Cooking temperature also relates to “doneness” of a steak, referred to as rare, medium-rare, medium, medium-well, and well done. For whole muscle cuts, if safe internal temperatures are met, all of the levels of cooking, from rare to well done, are safe for consumption. Refer to the figure below for the temperatures the USDA recommends for safe meat consumption.

Leftovers should be chilled, ideally within 40 minutes, and definitely within two hours after being removed from heat. This prevents food from sitting in the Danger Zone. Bacteria grow rapidly in the Danger Zone, which sits between 40℉ and 140℉. Perishable food, such as meat, should be cooled rapidly. This can be done by dividing large amounts into smaller portions and refrigerating immediately.

By following these guidelines, you can help prevent food borne illnesses and keep your family safe and healthy. 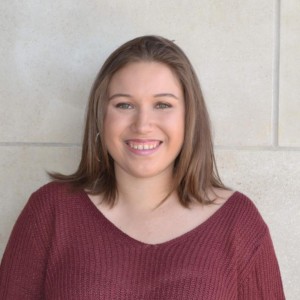 Almonds are a great source of protein and are an easy way to incorporate healthy fats into your diet! While almonds don’t grow well in

Milk has been a staple in the American diet for decades. There are over 9 million dairy cows in the United States, and Texas is